The Campaign for Southern Equality (CSE) connects LGBT people and allies to:
Coordinated actions that directly resist discriminatory laws, policies and practices in the South. <See the WE DO Campaign> Advocacy and support networks for LGBT people as they complete actions
Providing the ability  to show real LGBT lives to the American public, including public who oppose or are conflicted about our rights

The WE DO Campaign involves LGBT couples in the Southern communities
applying for – and being denied – marriage licenses in the counties where they live
in order to call for full equality under federal law and to resist unjust state laws.
These WE DO actions serve to make the impact of discriminatory laws visible to the general public
They illustrate what it looks like when LGBT people are treated as second-class citizens under the law. 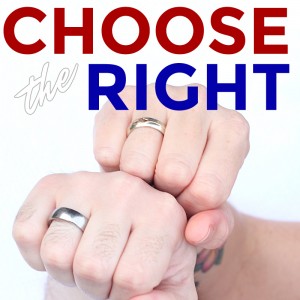 It’s wrong that same-sex couples don’t have the right to marry in the United States.
Until they do, we ask you to stand in silent protest with us.
It’s simple.
Put your wedding ring on your right hand instead of your left.
If you’re not married, or your ring doesn’t fit, don’t  worry — see the FAQ at

Then take a picture!
Blog it, tweet it, Facebook it,  Google+ it, email it… wherever you normally publish, send the following message
(or something like it) along with a picture of your “ringed” right hand: